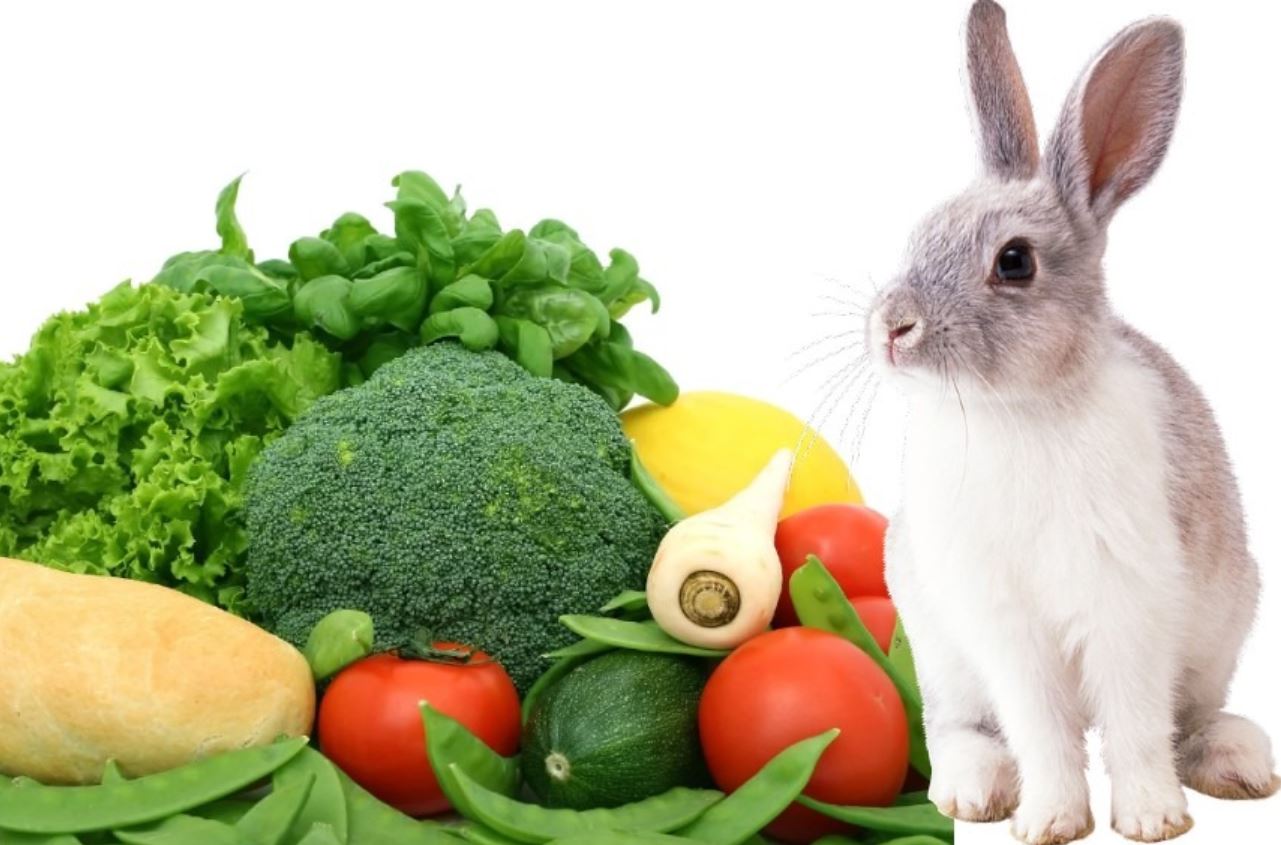 Do you consider having a pet now and think about what is best? Do you want one that is not demanding but still loyal? Then, a rabbit is the best choice for this. Having a rabbit means you get a cute friend to cuddle but not troublesome. The only thing that really matters is their diet because you should know that they have a very sensitive digestive system. Thus, you cannot give them any food you think is delicious. Because it might harm them. Here, we will discuss what vegetables can rabbits eat, since we know that the rabbit is a herbivore, so it is good to give them the greeny foods.

However, vegetables are not the main nutrition source for the rabbit. They need something containing high fiber and water. Both of them can be found in fresh hay and grass, also don’t forget about the water. After that, as for the compliment, people usually feed them the vegetables. But not all vegetables are safe. Thus, you should know what vegetables can rabbits eat and not. It is also better for you to understand the benefits of each vegetable. Here are several options which you can put on their bowl:

What Vegetables Can Rabbits Eat As Side Dish 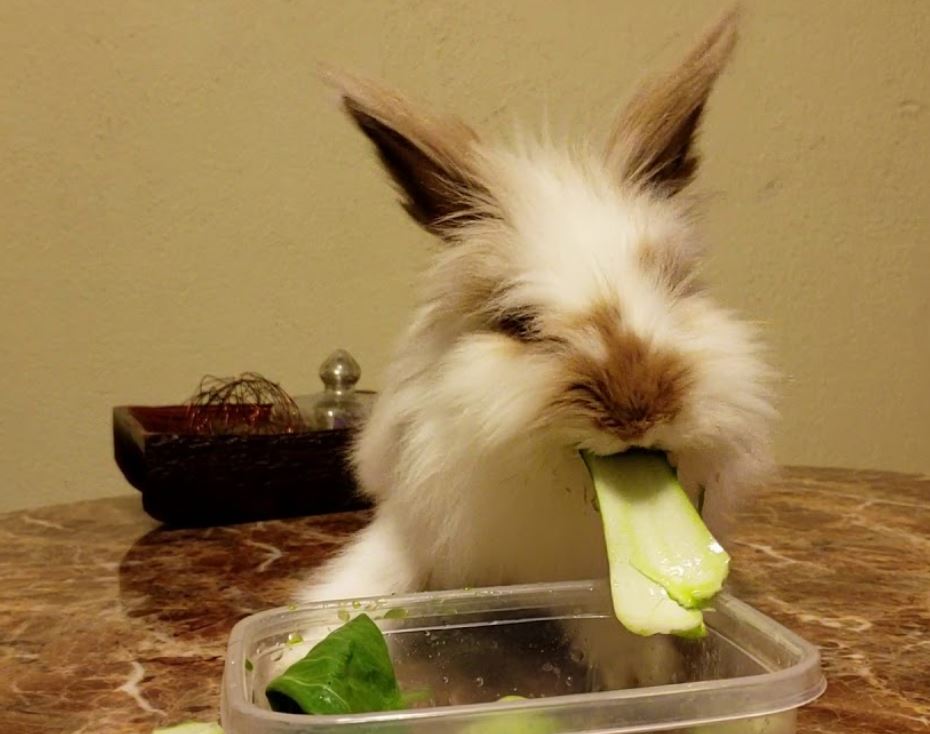 Bok choy is safe for your rabbits, but you should respect the quantities. The vegetables are only 10% of the whole menu daily, while 90% is for the hay or grass. However, its calcium content is good for the rabbits since the hay or grass doesn’t have enough calcium. Also, the rabbit can take advantage of the antioxidant, vitamins A, C, and K.

This green leaf is also an option for some owners. But we don’t recommend you to give spinach and bok choy at the same time. Give distance two or three days between them. Spinach contains oxalic acid which will bind the calcium and other minerals. Thus, the calcium and those minerals will be insoluble. This leads the rabbit to bladder stones. On the other hand, spinach is a big source of beta-carotene which supports the rabbit’s development.

Are you still asking what vegetables can rabbits eat again? Well, cucumber can be your consideration. Cucumbers are a healthy snack for the rabbit, and also it will be fun eating cucumber. However, you should watch the portion, because too many cucumbers can cause diarrhea and even worse poor appetite. Cut in slices for the proper serving twice a week. On the other hand, cucumber is rich with water needed by the rabbit. Don’t worry about the parts of the cucumber. The seeds, skin, and flesh are safe to eat.

When you are asking “what vegetables can rabbits eat?”, perhaps, the first thing that comes to mind is the carrot. Actually, it is bad to give a carrot to the rabbit as their main food menu due to very high sugar content and it can cause tooth decay and digestive problems. But, the carrot tops are good for them as the optional greeny leaf. It is still fine giving them a lot of carrot tops after the hay or grass.

Yes, you can give them zucchini, but, remember, it should not be the entire of their menu. Zucchini offers so much useful nutrition for the rabbit, such as iron, calcium, protein, vitamin A, B6, and C, also potassium. Even though zucchini is not typically the first choice when served, the rabbit loves to do a little bite with it. 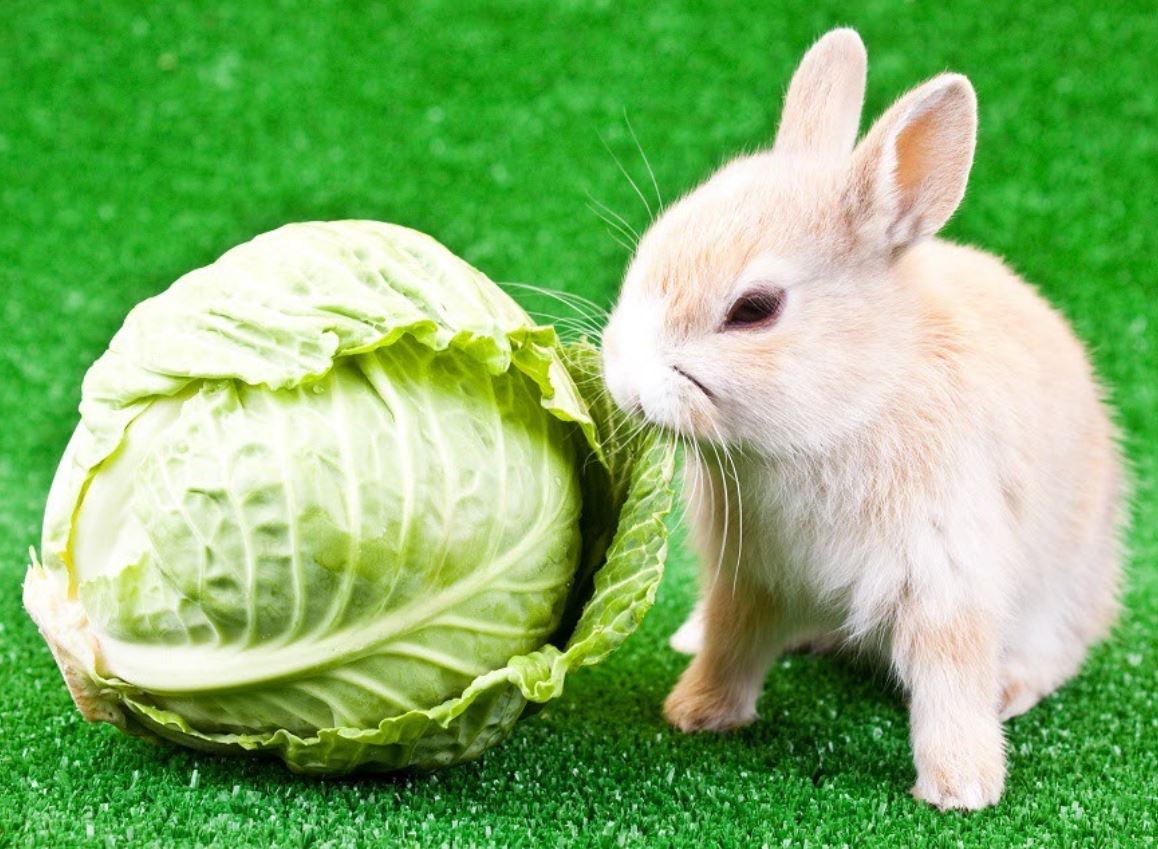 Most animals and veterinarians recommend cabbage for the rabbit. Even though some owners said that the rabbit gets bloated, it is not due to the cabbage. Because cabbage is easy to digest. There are several possibilities when your rabbit gets the problem, it might be you introduce the cabbage too early, you give it too many, or your rabbit is more sensitive than the others.

Celery is also the answer to what vegetables can rabbit eat. This vegetable is safe, but like the other vegetables, you should start with a little amount. If there is no problem with their stomach, then you can increase the portion. Because celery could be a great source of vitamin A. Don’t forget to rinse the celery with the water to remove the pesticide or any chemical contents.

Kale is a good snack for rabbits. They can eat it safely, but still, you have to limit the amount per day. You can’t give kale every day as their main diets. In addition, kale is high in calcium. The best way to serve kale is by putting in the same bowl with fresh hay and water. The amount of hay should be more than kale. Just think that kale is the topping for the hay.

Strawberries are safe for rabbits. But one medium-sized strawberry or two tablespoons cut is enough for once a week. Because strawberries can cause weight problems and gastrointestinal. Contrarily, the leaves are very good for the rabbits. In fact, the leaves could be a cure for diarrhea. So, when your rabbit gets the toilet problem, you can combine the hay or grass with strawberry leaves. One thing you should know is that you don’t give strawberry leaves in the morning. It is a good idea to put these leaves as the dessert.

Not all of the lettuce is safe for the rabbit. The good lettuces are romaine lettuce and lamb’s lettuce. The darker the leaves, the better it would be. Actually, if you consider giving the butterhead lettuce is still fine, but it is rich in acid. One important thing you must know is never think about five iceberg lettuce. That lettuce is absolutely dangerous. The iceberg lettuce has lactucarium which is toxic for the rabbits. Back to the romaine and lamb’s lettuce, both of them are great as the source of the vitamin.

Those are ten what vegetables can rabbits eat as their snacks. Once again, we always remind you to put hay and grass as their main intake. Besides knowing the vegetables and fruits as the options, you should know any foods that are harmful too. Such as the potato, onion, beans, and many others, those are toxic and very high in starch. 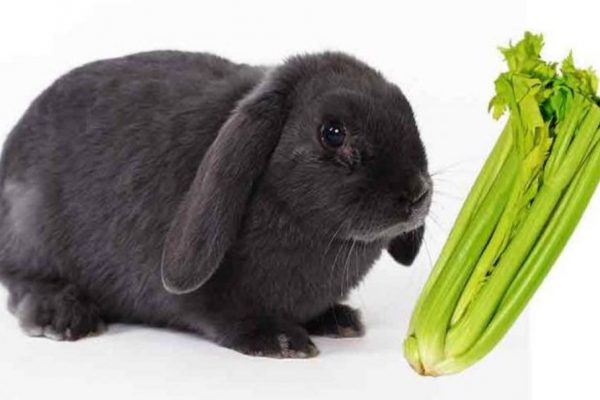 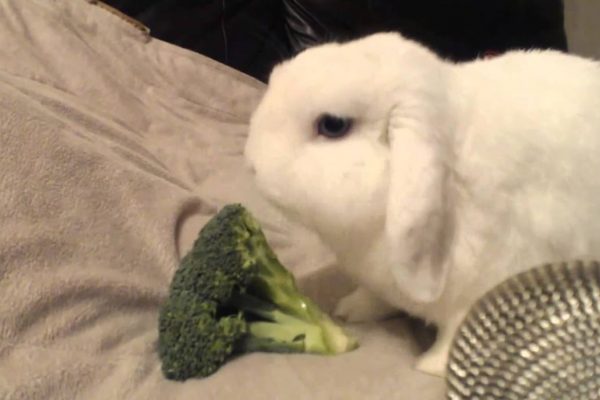 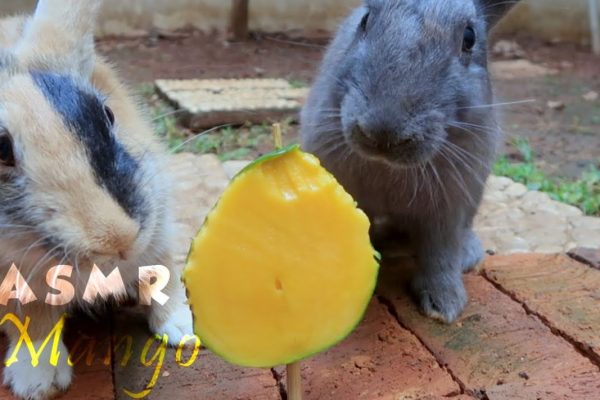 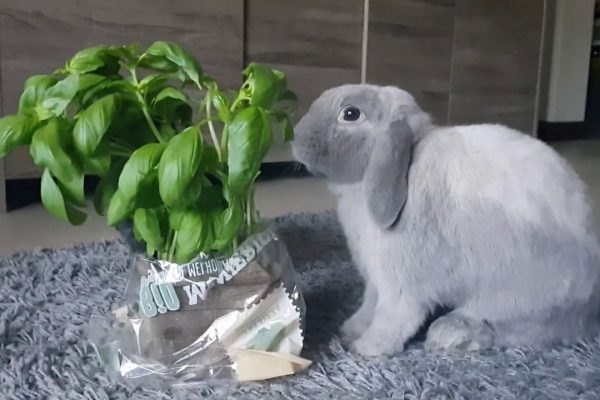