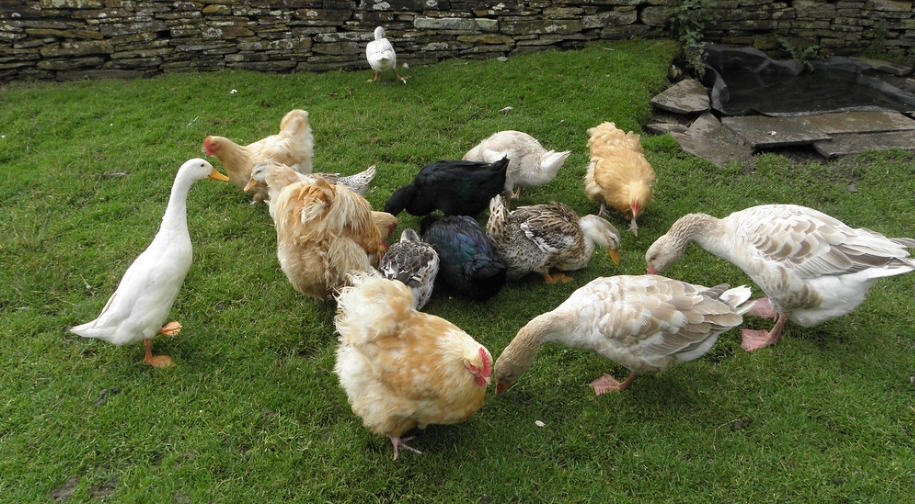 One common question from people is “can chickens and ducks live together at the same space”? This comes from those who want to start live-stocking. They are wondering if the chickens and ducks could be mixed in one place or not. The answer is yes, you can raise them at the same place. But, you must make several considerations, so they can live in comfort.

There are several different ways of life between them. The simplest thing is the ducks are messy and wet, while chickens love to stay in dry. This difference is not an issue if you solve them properly. In this article, we will give you a few tricks to keep them together. Even though you only have limited space, the question of “can chickens and ducks live together” does not matter anymore.

Tricks of Chickens and Ducks Live Together in Adequate

Concerning the points below avoids you from a messy coop. Some people play a trick in comparison with the ducks and the chickens. Usually, the chickens are more in number compared to the ducks. It is due to the ducks tend to be busier than the chickens. But, playing in the amount of them is not always a good solution. Read the tricks below to ease can chickens and ducks live together in your mind: 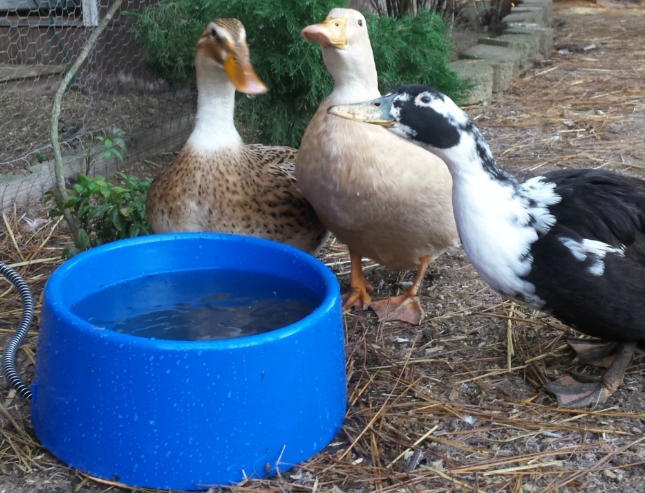 As we mentioned before, the ducks like to play with water, but the chickens love to stay dry. It means you cannot put the water for drinking in brood just the way it is. Place the water in a chick waterer, unless you want to see the chickens’ bedding all soaked in the morning. Your chickens won’t be happy and feel comfortable.

Unluckily, it is hard to teach the ducks to drink from it. Due to their bills won’t fit in nipple waterers. They can’t access it as easy as the chickens. If this becomes matter to you, just provide clean water in the bowl. The ducks can use it for eating and cleaning. You need to know that the ducks love to clean and keep the nostrils moist. They also clean their eyes and mix their food with water.

Remember, another issue about water while you are questioning can chickens and ducks live together is the drowning chickens. Besides a bowl of water for drinking, ducks need a little pool for swimming too. The chickens tend to avoid this, but it is also possible a little chic get drown while playing around the pool. So, place a proper little pool for the ducks, but keep they are able to play together too. 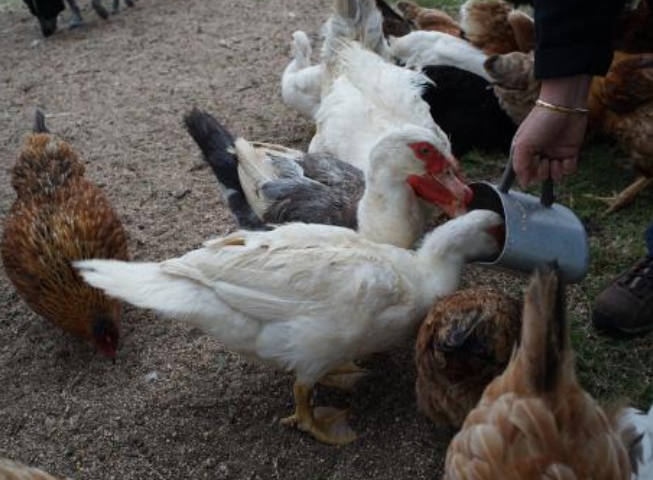 This thing is easier to discuss when you are asking about can chickens and ducks live together. Both of them are eating the same kind of food. The only thing to focus is you need to provide more food for the younger ducks. Give them more access to get the food because they need help to digest the food. Sometimes you need to combine their food with certain things.

If you want to separate the food container is also okay. Hang the food for the chickens, it could be at the side of the coop or near to the perch. It is better to be put on the open bowl. So, the ducks can eat together with the chickens. Select a good quality of worms, pieces of vegetables and bread. You will find two flocks will go crazy. But, sometimes the ducks are rather picky about the food to eat. 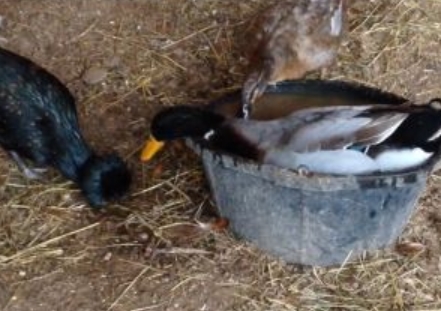 It is funny but really happens. Bullying is a fun fact when people discovering how can chickens and ducks live together. Before we discuss these two birds, indeed, the small one is usually bullied by the bigger. It happens on the chickens’ flocks. So, that is why some people are suggested to separate the rooster and the chic. Due to a comfortable living inside the coop.

So, it means the problem of can chickens and ducks live together is solved? Not really, watch out when the chickens are trying the same thing to the ducks. It could encourage the ducks hitting the chickens. The ducks tend to more protective of their food and space. Knowing the chickens have a sharp beak, they can damage the ducks once get threatened. Male ducks can be aggressive too. Keep your eyes to the oppressors, and make sure everything is going in harmony.

4. Ventilation and The Moist

An adequate design for the coop can be a light of “can chickens and ducks live together”. Since the ducks don’t need any additional things in the coop, so people think easier to raise the ducks than the chickens. However, the ducks are birds who love water, swim and put their head inside water. These mean that they are craving for moist.

Raising ducks require you more about ventilation to keep them moist. They even release a moist when they are sleeping from their breath. Actually, the chickens are doing the same. But, the ducks need more ventilation in a coop than the chickens do. Once your coop is not adequate, the temperature can lead to condensation problems. Make sure the airflow is up high, don’t let it down the floor that causes drafts. This should be your concern while asking about can chickens and ducks live together.

Different kind of bird has a different way to sleep too. Believe it or not, the ducks prefer to sleep on the floor at night. It is due to them crave for the moist. But, the chickens will look for the perch once they get cold. That is why inside the coop you must provide a clean and comfortable floor for the duck, and a perch with additional bedding for the chickens.

In a certain period, you might be wondering again can chickens and ducks live together. It is because the ducks won’t get sleep for a long period of time at a certain moment. That is why sometimes you will find the ducks are lying under the chicken’s perch or choose to sleep under the roost bars. One way to solve this problem is by blocking off the roosts area or using poop hammocks to avoid the ducks bother the chickens.

So, here our conclusion overall. Those points above ease you when wondering “can chickens and ducks live together?” You can raise them in the same place. But, you need to concern for certain issues, like the moist, the way they live, until their habit as a flock. Learn more about their behavior and personality will help you to get them in one coop. You can also detect the problem earlier before it occurs.

After you make a proper coop with adequate size, you will be surprised when collecting their eggs. You will get double satisfaction to enjoy fresh food. They are diverse, so you can also make more various food from them. Raise them happily to get a high quality of eggs. 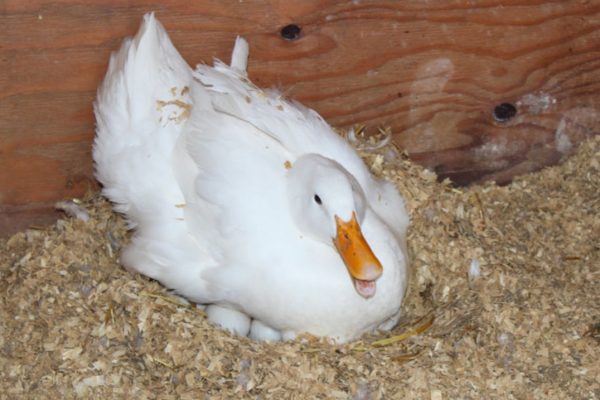 The Best Ducks for Eggs & How to Treat Them 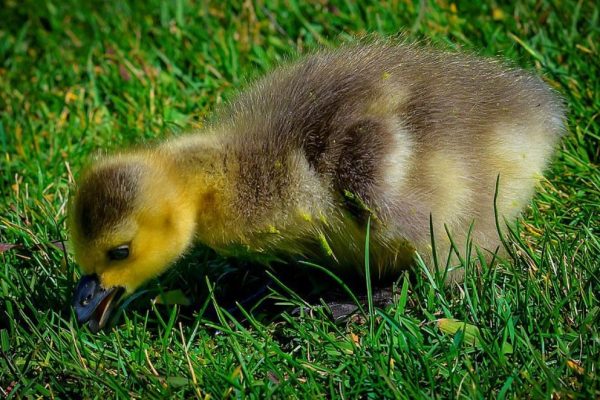 What do Baby Ducks Eat? Here Are the Answers 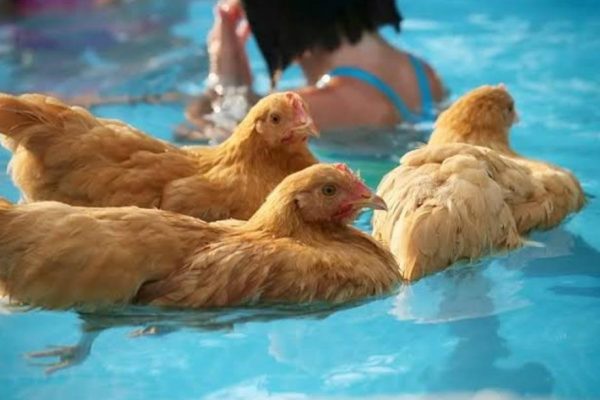 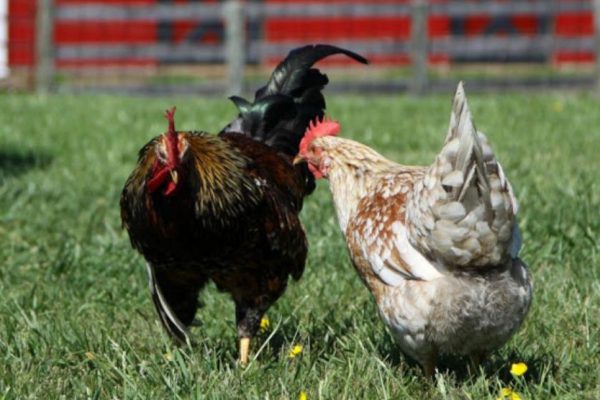